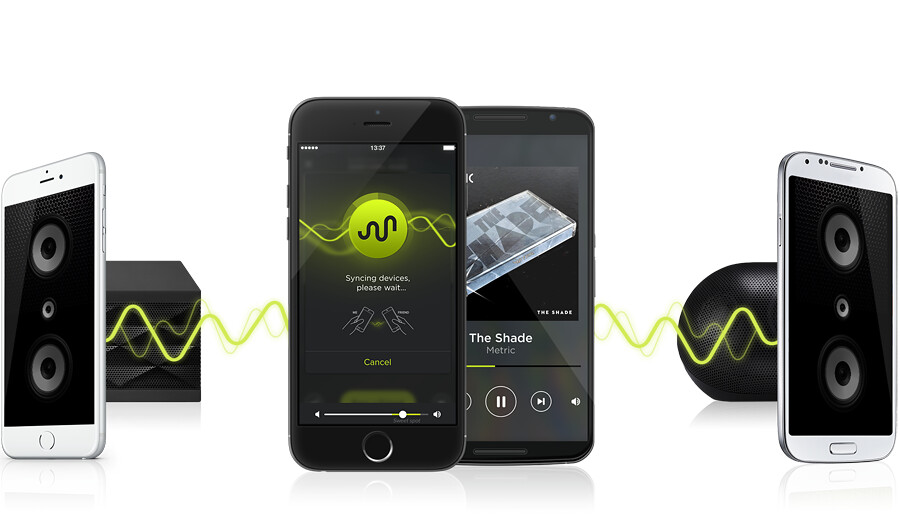 Martin-Luc Archambault says building a successful app is all about making it as seamless as possible.

“Every time you as a user to do something you lose 50 per cent of them, even just clicking on a button, even if the button is as big as your screen, you’re going to lose 30 to 50 per cent of those people, so if you can remove every step in the flow and get users to a wow moment faster, then you have way more chance of succeeding,” he says.

Archambault is the founder and CEO of AmpMe, an app that allows users to play music on multiple phones to amplify the sound. He’s also a serial entrepreneur, investor and is one the “dragons” on the Dans l’oeil du dragon, the Quebec version of Dragon’s Den.

With 1.5 million downloads in the past five months, Archambault had a lot of data to work with.

For AmpMe, the biggest challenge had been synchronizing music playback on multiple phones.

The time between when the play button on a phone is pressed and when the music starts can vary between different phone models, the amount or ram a phone has or even how many apps are open. That creates a lag, or offset that makes it hard to synchronize playback between multiple devices.

“We were using a technology that basically adds audio fingerprints to the stream and were using the phone’s microphone to hear what the other phone is playing and to be able to correct the offset,” he says. “In the new version that we’re doing, we are completely removing this step because on this step we’re losing 30 to 40 per cent of our users.”

“The new technology, basically, predicts what the lag is going to be on your phone,” he says.

It’s able to do that with 95 per cent accuracy, Archambault says. For the other five per cent, there’s now a way to adjust playback manually.

The new version of the app also makes it easier to connect to other phones.

Before, a user would set up a “party” on the app and other users would join it by entering a code. In the new version, users are able to join a “party” based on their location.

“We’re removing all of the steps, all of the clicks are completely removed,” he says.

“If you’re in the middle of the jungle, on the North Pole or anywhere where you don’t have an internet connection, it’s still going to work with your music library,” Archambault says.

He says the decision to come out with an offline mode was motivated by high user adoption in places like Brazil and India, where access to good internet connections is more limited.

Archambault says he’s still got big plans for AmpMe. He doesn’t plan to monetize the app until it reaches 50 million users. Social features are also in the works for AmpMe, like the ability to vote on what song should be played next.