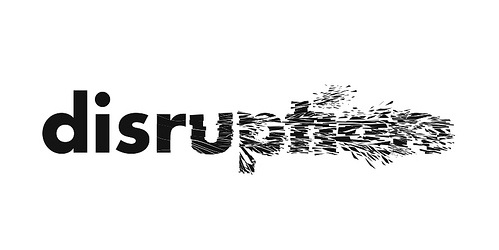 “Disruption” is a pretty well-worn term these days.

More often than not, disruptors start out as a small group of explorers—also occasionally referred to as entrepreneurs—who collectively spot the potential for an entirely new path through an existing forest and come at the challenge of creating it with just the right level of skill, courage, luck and fortitude. The truth is however, that some forests are older and more densely wooded than others and choosing to forge a new path in these can lead to the demise of even the most adventurous.

Industries such as consumer and financial technology have seen their fair share of disruption over the past few years. For many, the way they work, rest, and play now is very different than the way they might have done so five years ago. From paying a bill and ordering a latte via a few swipes on a cell phone, to capturing vacation memories with help from a personal drone, disruptive innovation for consumers is prevalent and purchasable in a store near you.

For the legacy industries, however—the heavyweights such as healthcare, agriculture and energy—up until very recently the story of major disruption was relatively untold and the handful of well-worn forest paths looking pretty similar to how they always had. With unending layers of historical baggage and tried-and-tested approaches deeply ingrained in how these industries function, while the adoption of new innovations might have real and tangible valuable, the significant obstacles involved for innovators looking to change existing behaviour and alter momentum in these industries, caused many to simply avoid them altogether.

With recent shifts in global currents leading to rapidly changing dynamics in industries such as agriculture and oil and gas, the appetite and need for disruptive solutions able to bring new efficiencies and overall stability has never been higher. Yet, even when there is a ‘will’, the ‘way’ isn’t necessarily straightforward. In my experience, those who have led the charge in bringing disruptive solutions to these types of major industries have done so through concentrating on perfecting a few key stages.

Show Them Why They Should Care

Maybe it goes without saying, but it is essential that the pain point within an industry that any startup is looking to solve is significant enough to warrant setting out to develop a solution. I suggest reading that line again. Pioneering a new innovation and building it from the ground up inevitably comes with incredible challenges and also, commonly, at considerable cost. My advice; make sure the problem being solved is large and the stakes of not solving it are high.

A great Minimum Viable Product can convince a skeptic that it’s worth their time, their reputation and their money to look at it further.

A MVP should be exactly what the title suggests and shouldn’t cost the earth to produce. The art of remaining lean in the early stages of development is creating a solution that can be demonstrable with minimal financial risk and is not yet fully built out. In that way, potential adopters can experience, even to a small degree, what the new product might have to offer but without the full investment of time and capital. A good MVP will also allow for modifications to be made based on user feedback. By doing this, the product has a far greater opportunity to represent directly what the market needs when it’s finished.

Every new innovation that ended up having a significant impact was championed by someone during its early stages of development. When it comes to building for legacy industry, building a relationship with a potential advocate can be the difference between success or failure.

Using the oil and gas industry as an example, the trialling of new technology, more often than not, comes with significant cost and aggravation in the form of, at the very least, disruption to operations and training of technical staff. Having a partner in the field that believes in a product enough to test it and put it through its paces is a major win. Real, field-based results and a product backed by a legitimate industry player, offers a far higher comfort level for other early adopters and provides a credible level of assurance as to the legitimacy of the game-changing nature of a product.

Be Ready to Scale

With great power comes great responsibility and with innovation destined for great industries, comes the possible need for small operations to scale at inhuman speeds. Admittedly the second part of this ‘famous’ quote is wordy and less well known as the first but, arguably, holds as true.

For those which manage to develop a game changer and demonstrate its incontrovertible credentials in a living and breathing environment, the possibility of meaningful success, through prolific industry adoration and subsequent desire for adoption, can present its own issues.

With major industry comes major market potential and, at the moment that potential is realised, a young business must be able to meet demand. For those early-stage ventures not able to provide the market what it has promised, credibility with those industry players that have taken the ride and drank the company Kool Aid alongside you, can be lost very quickly and potentially, forever.

Remaining ultra-lean in the early stages of development is key to survival when building and testing out unproven technology for a significant but stubborn market. Combining that with an ability to see the biggest possible picture and a plan to match a major demand with efficient and seamless supply, should help new ventures set about achieving the next generation of disruption within the world’s largest industries.