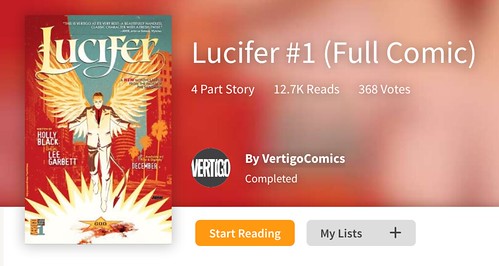 Long before the creation of movies, TV, smartphones, tablets and other modern-day devices, there were these amazing things called books.

People would sit and read them for hours, sometimes even days and be glued to the content that seemed to leap off the page. Now in the 21st century, humanities’ love and addiction to storytelling has married with technology in an infinite number of ways and Wattpad is at the head of the pack in this digital library arena.

Wattpad is a wildly popular free app that was launched in 2006 for people to discover, share and connect around original stories. It’s a writing community where users can post articles, fiction and much more and since its inception the company has garnered significant investment and growth in various countries around the world.

“Today 40 million people spend 13 billion minutes a month, immersed in original content on Wattpad and 90% traffic comes in from mobile devices,” said Tarun Sachdeva, Wattpad’s Head of Product. “With over 200 million uploads, Wattpad has one of the world’s largest collections of original, user generated content. The introduction of multimedia within stories opens up new possibilities for storytelling.”

The stories on Wattpad are not just first time storytellers and others looking to get published, there are a number of major companies hopping on the bandwagon. One recent addition is the mega studio Sony Pictures who are promoting the upcoming release of Pride, Prejudice and Zombies. The studio commissioned Wattpad author Jen Wilde to create some fanfiction to build excitement for the upcoming release.

Coca-Cola recently took advantage of the new multimedia feature for a holiday campaign and they got popular writers on Wattpad to share a letter to Santa, written from the perspective of the characters in their stories. As well, comic book and graphic novel fans can rejoice that the DC Entertainment title Vertigo Imprint, recently released the first ever comic book on Wattpad called “Lucifer” and a Disney Studios animator and author Brian Kesinger shared “Otto and Victoria,” which is an illustrated story that chronicles the adventures of a young Victorian woman and her pet octopus.

Wattpad is also dedicated to making additions for their service and grow their usership even further.

“We’re always looking for ways to help our community tell richer and more participatory stories and will continue to add features and tools to support this,” said Sachdeva, who was also quick to point out that their goal is to add more tools and features to incorporate new forms of content. “Everything we do at HQ, is meant to help people connect around the content and conversations that matter to them.”

With more than 40 million users, 200 million uploads and stories available in over 50 languages, people who love to read and be involved in what they read can rejoice. Wattpad has you covered from cover to cover and if you want to read the same story over again, you don’t have to worry about late fees at the library.