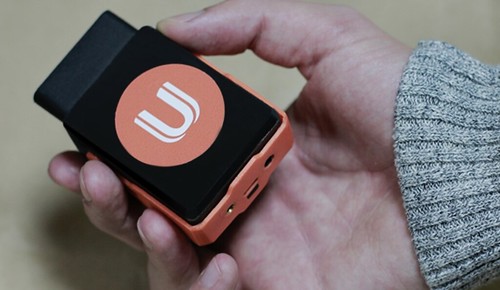 In an era when more and more devices are becoming smart, it’s kind of funny that Smart Car is just a name.

Sure, cars have built-in satellite radios and GPS device ss, your car might even sync with your phone, but it’s not quite the same. Cars just aren’t as smart as they should be in 2015.

There’s a crowdfunding campaign that’s looking to change that.

CarDroid is a miniature Android device that’s like a sort of airplane’s black box but for cars. The creators of the campaign say that if a user is in an accident, the device will automatically notify their emergency contacts.

It’s an interesting concept but that’s probably not the most interesting feature being promised by the people behind the device. That might be it its ability to recreate an accident by creating a 3D animation showing where the car travelled, how it moved and how fast it was going.

That could be useful data, particularly if the device’s user is not the one at fault.

The device has no shortage of features.

It can also alert users if their vehicle is been damaged when they’re away from it. So, if your car gets sideswiped in a parking lot, you’ll know right away.

And if your can is stolen, it won’t just send you a notification, it can also be used to track the car itself.

Still, there are a couple shortfalls, the CarDroid can’t tell users exactly what type of damage their car has sustained and while some of the demonstrations shown in the group’s videos show that works, they feature some pretty soft hits – raising the possibility of false alarms.

It does have some other interesting features. Because it plugs directly into the car’s computer, it allows users to read diagnostic trouble codes remotely which could be useful for searching information on what’s wrong with your car.

It can also track how the car is driven over time and give drivers feedback on how they drive more efficiently.

The device will cost backers $200.