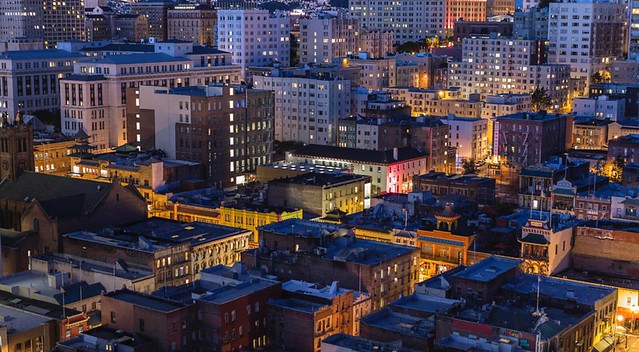 Spend a couple days in Silicon Valley and it rapidly becomes apparent just how many of the world’s best-known startups are solving decidedly local problems.

This is all true—to a certain extent.

When we think about the origin of the average consumer-facing startup, it usually involves people finding a clever way to leverage technology to make something they do in their daily lives easier. What’s difficult in your daily life is going to depend a lot on where you live.

Many of Silicon Valley’s leading tech companies don’t have their main offices in San Francisco’s downtown towers. Instead they’re out in the suburbs, places like Paolo Alto, San Jose, Menlo Park, Mountain View and Cupertino. Cities my computer’s spell check only recognizes because the people who built it work in one of them.

But, like in many U.S. cities, young professionals are increasingly choosing to live downtown.

In most places this has shortened the average commute. In Silicon Valley, it’s just flipped it. It’s a sprawling region, the drive from San Francisco, where people want to live, to San Jose, where people want to work, can take an hour and a half, more if there’s traffic and there’s a lot of traffic.

Public transit is a mess, travelling between San Jose and San Francisco by train and bus could involve three or four different public transit agencies.

A taxi ride between the two comes with an extra 50 per cent surcharge because the cabbie can’t pick up fares outside of the city where they’re licensed. Even if you wanted to hail a cab in San Jose, it’s a hassle.

All of a sudden, Uber isn’t just a nice thing to have, an often cheaper alternative to taxis—it’s almost more of a necessity.

I’m not sure a Montreal developer working at a startup on Casgrain and living in the Mile End would have come up with it. Local transportation works here well enough. Instead, their travel-related issues might have been finding cheap flights or booking bus tickets in foreign countries.

That’s why it’s so important to build strong startup ecosystems outside of Silicon Valley.

People in places like Montreal, Vancouver, Toronto, Kitchener-Waterloo, Ottawa and countless other communities around the world are going to find different problems to solve and different ways to solve them. Good ideas come from everywhere.

Any city with more than a couple startups has at least one that’s trying to make parking easier. But there aren’t many that have expanded beyond their hometowns and even those that have tend to be pretty limited in scope, that’s because parking systems are so different from city to city. It’s not a problem that’s going to be solved by someone who lives somewhere else.

And parking is comparatively simple, think about the differences between the U.S. and Canadian medical systems. Silicon Valley isn’t going to solve all our problems.

Now, I’m not trying to say that startups shouldn’t think big, that they shouldn’t be ambitious, or that people with ideas that can change the world should think locally.

But sometimes changing things locally is what ends up changing the world.