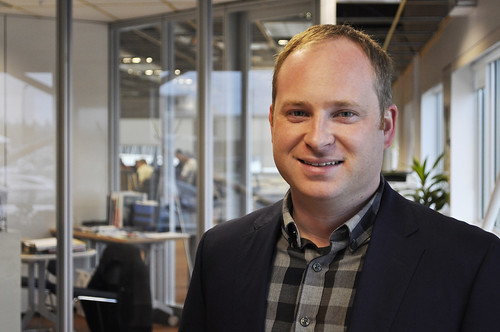 Cisco Systems revently named Eigen Innovations as the only Canadian startup company to make it to the final “Super Six” of their global Innovation Grand Challenge.

Eigen Innovations will make their final presentation at the invitation-only Internet of Things World Forum on December 7 in Dubai.

“Our Intellexon solution tells operators and engineers the where, when and how processes or product quality is starting to degrade within highly complex manufacturing systems,” explains Eigen Innovations Chief Technology Officer Scott Everett. “Our algorithms use massive amounts of data to learn how to differentiate between good and bad quality products; when conditions are starting to change, it can tell the reasons why.”

Cisco’s challenge was launched in June, receiving 3,000 entries from over 100 countries. After a series of elimination rounds, Eigen Innovations made it onto the list of 15 semifinalists, announced in October, and now the final six. Top prize is $150,000 USD.

Eigen Innovation’s ultimate goal is to expand its artificial intelligence capability from detection and reporting to actual machine-learned fixes in real time.

The company was founded in 2012 with a venture capital investment from the New Brunswick Innovation Foundation (NBIF). It is a spin-off company of applied research conducted by University of New Brunswick professor Rickey Dubay, also funded by NBIF.