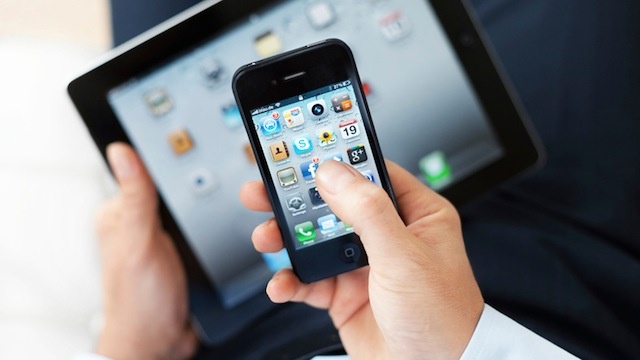 The trend now, as it has been for years, is to give every new tech product or strategy a catchy name, preferably an acronym or initialism — something that will be easy to remember and simpler to write in an email. It may seem a bit cheesy, but businesses do it because it works.

One example of this is BYOD, which is short for bring your own device.

The strategy itself is rather simple: allow employees to use their own personal devices for their jobs, something that was previously restricted. Once the idea was unleashed, it quickly took the business world by storm, with many businesses adopting the strategy for their own operations.

Many companies adopted BYOD, with many more stating their plans to do so in the future. And yet, in all the BYOD furor, could businesses have been overlooking some serious issues? As catchy as the BYOD name is, was it possible that the flashy initialism contained more style than substance?

The concerns and critiques can perhaps best be summed up by a comment from Natalya Kasperky, former Kasperky Lab CEO, who said back in 2013 that BYOD was an “unregulated mess.” The introduction of bring your own device into the workplace essentially meant that employees would be bringing in a wide variety of devices into the office.

Whether they were iPhones, Samsung Galaxies, Blackberries, or Windows Phones, IT departments would have to be ready for a host of different gadgets, and that would be just for phones. Tablets and laptops would present their own unique challenges, and considering the expanding number of wearable devices and items linked to the Internet of Things, what once was an unregulated mess could quickly turn into an unregulated nightmare.

The main concern with permitting so many devices to be used for work purposes is the security, privacy, and legal issues that accompany them. How exactly does an organization protect its valuable corporate data and networks if any device can connect to them? Certain safeguards, such as password protection, can definitely provide a barrier, but ensuring that every single device that connects to the company network is secure is a monumental task, one that the average IT department might not be able to handle.

Effectively managing these devices requires support across thousands of potential platforms with the help of converged IT infrastructure. In other words, it’s not easy and opens up many potential complications.

If that weren’t bad enough, many companies simply appear unprepared to handle the demands of a BYOD policy. Some businesses fail to recognize the security issues that arise when introducing personal devices into work. Others are aware of the dangers but believe data breaches are an acceptable risk when compared to the advantages BYOD offers.

For obvious reasons, this type of attitude can lead to even bigger risks. Data breaches have become all too common nowadays, and a single infiltration by a cyber criminal can cause massive damages to a company’s bottom line and reputation.

Equally damaging is the thinking that since BYOD devices are accessing information through the cloud, the need to secure those devices is minimal as long as cloud security is top notch. This mindset is flawed on its own, in part because a device that has access to cloud applications can be compromised, giving an outsider an open window to sensitive data.

Some cloud data is even downloaded onto the device, meaning attackers don’t even have to worry about accessing the cloud in the first place. Much of this can be managed through compliance regulations set up by the company, but once again, that’s putting an even bigger burden on the IT department.

It’s easy to get taken in by catchy titles and flashy nicknames. BYOD is one such name that encompasses a far-reaching concept that affects nearly every aspect of an organization. In the rush to adopt BYOD policies, many businesses may have overlooked the potential flaws introduced through the idea. To be sure, there’s a lot to be gained through BYOD.

Many solutions have been released that address some of the problems that often crop up from adopting BYOD. Even so, no plan or strategy is perfect. If companies want to get the most out of their BYOD strategy, they will need to understand what flaws are present and how best to confront them before they become a real problem.