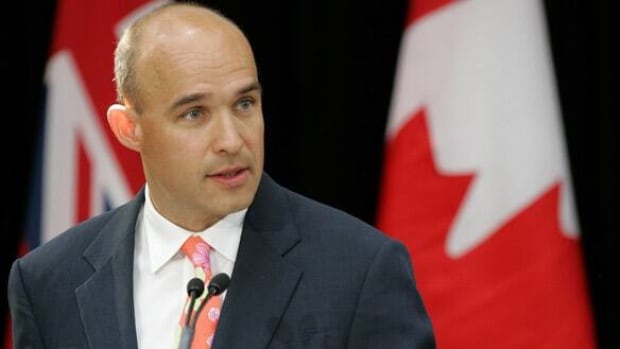 After years of negotiation, the new Canadian government will decide if it will ratify the Trans-Pacific Partnership and bring Canada in to the largest free-trade zone in the world.

Proponents of the 12-nation agreement say it will open access to foreign markets and help provide a counterweight to China’s economic heft.

But critics say the it will force Canada to give up too much.

For the most part, those critics been economic nationalists on the political left. They’re worried about the deal’s implications for Canada’s sovereignty, labour rights and the potential environmental implications.

It’s the same sort of criticisms that are made against most international trade deals by people who believe they give corporations too much power.

Most of those criticisms were made before the text of the deal was made public.

But, when the text finally came out earlier this month, there was a new criticism from someone who is certainly not a usual critic of international trade.

Jim Balsillie, the former co-CEO of Research In Motion, said the deal could cost Canadian companies billions of dollars because it will force them to abide by the United States’ intellectual property rules, according to The Canadian Press.

“It’s such brilliantly systemic encirclement. I’m just in awe at its powerful purity by the Americans,” the wire service quotes Balsillie as saying. “We’ve been outfoxed.”

He says the American negotiators came in thinking about tech, unlike the Canadians.

“They did it because they want to sell ideas. We did it because we want to sell beef and lumber and fish,” Balsillie told The Globe and Mail. “When you force harmonization when somebody’s in a dominant position, it means they spread their dominance; ostensibly it’s sold as efficiency. Free trade in an ideas economy with zero marginal cost – where ownership is everything – spreads global monopoly.”

He’s not the only person concerned about the intellectual property provisions in the deal.

Micheal Geist, a privacy advocate and Canada research chair in Internet and E-commerce Law based at the University of Ottawa, has also criticized the deal.

“I think when you look at the digital policies, things like copyright, intellectual property, privacy rules, internet and internet governance rules, there’s some real harms that we find in the agreement,” Geist told the CBC. “My view, especially on some of these digital policy issues, is we spent the better part of a decade trying to craft rules that better reflect Canadian interests and Canadian sensibilities and we don’t see those rules in this agreement.”

There were also concerns about how the deal will affect data sovereignty requirements, however, it seems like many of those fears may be unfounded.

There are also concerns over the fact that the TPP will extend copyright protections to the life of the creator plus 70 years, up from the current 50. It will create a 20-year period where no new works will enter the public domain.

But not everyone is worried.

“Like most intellectual property treaties, the TPP largely enforces the status quo,” Richard C. Owens, a adjunct law professor at the University of Toronto, wrote in the Financial Post. “IP is subject to foundational treaties that cover much more of the world than the TPP and the TPP is expressly subject to them.”

Many of the most controversial aspects of the appeared to be part of the deal, and had come out in leaked drafts – things like the ban on data sovereignty rules and changes to online copyright enforcement – didn’t make the final deal.

But even in those cases, some questions remain because it’s not clear just how some of the rules included in the 6,000 page document will be implemented.

For instance, while the final deal allows governments to establish data localization requirements, the have to be intended to  “to achieve a legitimate public policy objective” and can’t be arbitrary “or a disguised restriction on trade.” Just how that will be interpreted remains to be seen and that could mean the difference between a deal that provides a net benefit for Canadian startups and one that costs them billions.