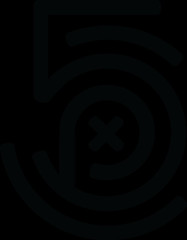 Last week Toronto’s 500px announced its official expansion into China with the launch of 500px.me, an online photography community targeted to users in China.

Through a joint venture with Visual China Group (VCG), 500px.me is available to the almost half a billion Chinese Internet users.

The Web interface is now available to consumers in China beginning today and an iOS application will follow in the coming days.

In addition to photos from Chinese users, 500px.me will also feature images from members of the greater 500px community who choose to participate.

This option is in response to a backlash last month when 500px first launched 500px.me with international users’ photos automatically appearing on the site with no option to opt out. 500px subsequently pulled the site and is relaunching now.

500px also announced that it has entered into an agreement with VCG whereas VCG will have exclusive rights to license a selection of 500px’s marketplace images in China.

VCG became an investor in 500px last July and China’s largest online visual content platform, with over 15 years of experience in licensing photos and managing copyrights in the Chinese market.

“China presents a huge market opportunity for 500px for both growing our user base and licensing business,” said Andy Yang, CEO of 500px. “VCG already has a tremendous footprint in China, with over 15,000 licensing customers and leads the market in image distribution. Together we are committed to investing in 500px.me to make it a world-class community for local photographers.”

500px.me will be owned and operated through a joint venture between 500px and VCG.