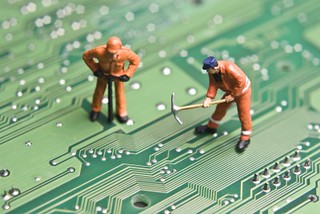 Deloitte’s annual survey of CEOs of Technology Fast 50 companies has found that the nearly two thirds of companies said that talent was either their first or second most significant issue.

“Young Canadian tech companies from coast to coast are experiencing staggering growth, however, for these firms to maintain their trajectory they need to have the right talent mix,” says Robert Nardi, Technology, Media and Telecommunications (TMT) Managing Partner and Leader for Deloitte’s Technology Fast 50 program.

The demographics of 2015’s Technology Fast 50 companies demonstrate that they are hiring the workers of tomorrow: 50% of all employees are millennials born after 1981.

In some good news, retention of female hires isn’t a significant problem, with 90% of companies surveyed reporting that women were leaving at the same or lower rates than men.