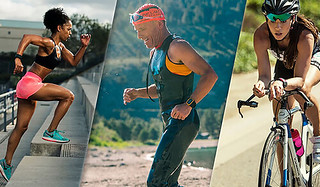 Vancouver’s Mio Global, creators of the most accurate wrist-based heart rate monitors, has announced a new brand campaign called The Coach Within.

The brand campaign showcases athletes across a range of sports and conveys Mio’s Heart Rate Technology and its importance to the training journey. The slick campaign should resonate with athletes who train at intense levels, as well as inspire those setting new fitness goals.

“We are taking our message of “Train with Heart” to the next level. It’s about the athletes who not only train with everything they’ve got, but also never lose sight of the passion, the heart that drives them to go further,” said Liz Dickinson, CEO of Mio Global.

“We hope to inspire and motivate a new breed of athletes by offering the most precise, game-changing products to every type of athlete who’s insane for the game.”

The new campaign, developed by Magnetic Creative, is designed to inspire athletes at any level, to set and surpass their fitness goals by bringing the power of heart rate accuracy into every workout and everyday activity.

Mio Global’s athlete ambassador program is also expanding to enlist top-tier athletes in a diverse number of sports, proving that heart rate training isn’t just for runners, cyclists and triathletes. Mio is building a community of athletes who serve as role models for their sport and inspire others to learn how heart rate training can help them reach their personal performance goals.

RELATED: From Hardware to Software to Apparel, Canadian Companies Powering Future of Fitness

Mio’s product line is available at national retailers throughout North America including REI, Dick’s Sporting Goods, Target and MEC, as well as hundreds of specialty retailers. Mio is also working with national fitness clubs to incorporate heart rate training into their classes.