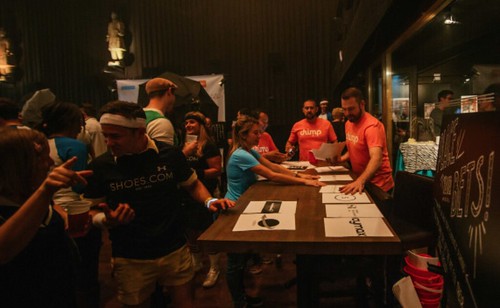 The Vancouver event, held at the Imperial Theatre, saw 34 teams raise up to $6,000 each through the ping pong tournament.

In the doubles competition, Irfhan Rajan and Niaz Shamsi of ZAG beat out Hootsuite’s Connor Flynn and Ken Filgiano.

Thirteen different charities will benefit from the event, which was hosted by Shoes.com and Chimp.