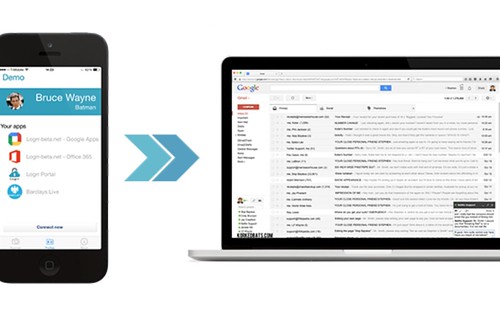 Julien Denaes says he doesn’t quite understand why people are so concerned with where a startup is based.

The founder of identity-as-a-service platform Logrr says he believes good startups can come from anywhere.

Logrr, which had been based in Montreal, was accepted into the Techstars’ Barclays Accelerator program in New York City in June.

Now, after graduating from the program, he’s made that move permanent.

Denaes, who is originally from Switzerland, lived in New York before moving to Montreal.

“For us, Montreal was just temporary from the beginning,” he says. “The U.S. offered way more advantages to create a startup than the Montreal ecosystem.”

A lot of that comes down to access to investors. Quebec’s angel investors don’t really live up to the name, Denaes says.

RELATED: Startups Don’t Need to Move to US, But Do Need to Spend Some Time There

That’s true of venture capitalists as well, he says. One thing that Montreal does have, though, is public money, but that didn’t help Denaes.

“Because I wasn’t a Quebecois and I wasn’t a permanent resident, I wasn’t allowed to have anything of that sort,” he says.

Government-funded non-profits were also off-limits to Denaes. Even if Denaes had been planning on staying in Montreal, that would have been a challenge – Quebec, which runs its own immigration system in parallel with the federal government, is the only province where the start-up visa program doesn’t exist.

That program allows foreign nationals to immigrate to Canada and build businesses here if they can get the support of a Canadian venture capital fund, angel investor group or business incubator. Still, Denaes has kind words for the people who are trying to build Montreal’s startup community.

“The Montreal startup community is amazing,” he says. “We received a lot of mentorship.”

But at the same time, he says there’s an attitude here he doesn’t quite understand.

“There is such a pride about doing something for Montreal or for Quebec, that people are just thinking locally, they’re not thinking globally,” he says.

For Denaes, the only thing that matters about a company is whether it’s successful.

Denaes’ time in New York certainly appears to be bringing his company closer to success.

At Techstars, “we did more in three months than we did in a year developing during nights and weekends,” he says. “The team grew, we built all our mobile applications, we build our dedicated customer portal, we have a new website and our customer pipeline completely exploded.”

The program also helped Loggr get security validation from Barclays’ bank, who spent weeks trying to break its software, without succeeding.

“That was a huge validation point,” he says.