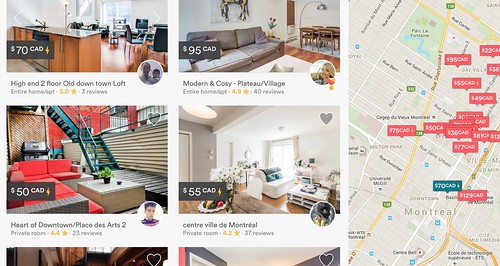 Quebec is set to become the first jurisdiction in Canada to regulate lodging rentals on websites like Airbnb.

The new rules, announced by the provincial tourism minister last week, will only apply to people who regularly post rentals, particularly those who have turned their rentals into something of a business.

Essentially, the new rules, which still have to be approved by Quebec’s National Assembly, will put some Airbnb rentals into the same legal category as hotels and traditional bed and breakfasts.

It means they’ll have to pay an annual fee, which starts at $236.33, to be classified under the province’s lodging rating system.

They’ll also have to start collecting hotel taxes, which vary by region and range from 2 to 3.5 per cent.

The new rules would only apply people who are “playing on the same rink as hoteliers,” said Dominique Vien, Quebec’s tourism minister. She said the government is targeting people who are renting commercially, on a regular basis and who advertise publicly. “Not people who rent their chalet two or three times per year.”

The law will also include steep fines for breaking it, of between $500 to $100,000, depending on the circumstances. It will also increase the number of inspectors tasked with enforcing the province’s hotel laws from two to 16.

“By introducing clear and simple rules for home sharing, Quebec will join the growing list of destinations around the world that are implementing progressive rules that increase consumer choice and support regular people for whom this income is an economic lifeline,” spokesperson Patrick Robinson wrote in a blog post.

For many hosts using sites like Airbnb, the new law will clear up any doubt about the legality of what they’re doing and eliminate the grey areas that have been created.

For people who are using those site as a way to rent properties on a commercial basis, bringing their businesses in-line with new law should be rather straight-forward. For those who rent their places out a couple times a year, there’s no longer a grey area either – what they’re doing will now be completely legal.

But while the new law will eliminate grey areas for people who clearly fall on one side of that line or another, it does create a new grey are in the middle. Right now, it’s just not clear what specific criteria will push a host from category into the other.

If someone uses Airbnb to rent out a single room in their home and does so on a relatively consistent basis, will that be considered commercial activity?  What about someone who rents their place out every time they travel and takes a dozen trips a year?

Vien has said she plans to engage in public consultations before the bill moves forward, so that could get cleared up.