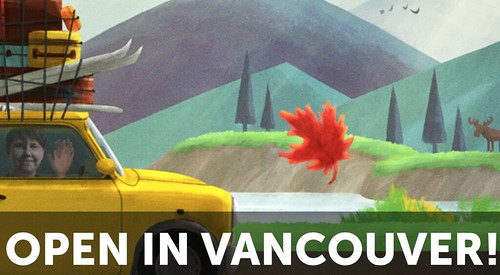 When Animal Logic, the Australian animation studio behind The Lego Movie, signed a three-movie deal with Warner Bros. Pictures, it needed to increase its capacity.

In September, the Sydney-based company opened its second animation studio but this one is not in Australia. It’s in Vancouver.

“For us, opening a new studio in Vancouver just made perfect business sense,” Mark Millar, the studio’s communications coordinator wrote in an email. “We’ve had many great Canadian artists coming to Animal Logic, in Sydney, to work over the years. Vancouver stood out to us because of the incredible growth in artists and technicians over the last five years. With such a high concentration of digital studios across town, the city has such a rich and diverse talent pool and is culturally similar to Sydney!”

One of the new studio’s first projects will be working on the sequel to The Lego Movie.

While that film was well-received by both audiences and critics, it’s certainly not the only popular movie that Animal Logic has worked on.

“Before The Lego Movie, we have produced a number of amazing and well-received films, from the likes of The Matrix to the Academy-Award winning Happy Feet,” Millar says. “The way audiences took to The Lego Movie was another amazing experience. Our team put their heart and soul into making all of our films and it’s great to have the world recognize and appreciate it.”

With the new studio, Animal Logic plans to do a lot of hiring in the Vancouver area. So far they’ve hired around 15 people. That number will eventually grow to 300.

Animal Logic will be at Techvibes Tech Fest in Vancouver on Oct. 28, looking for people to fill a variety of technical roles.

“We look not just at their skills and experience,Millar says, “we also look for good interpersonal and communication skills; and most importantly team fit within a creative environment.”

Working at a brand-new studio will have some additional challenges but that will come with some advantages.

“It’s always exciting being part of a set up and in that all hands on deck environment. The daily challenge of creating an entirely new studio requires a high-level of flexibility and adaptability.  It’s a great opportunity for any new employee.” Millar says.