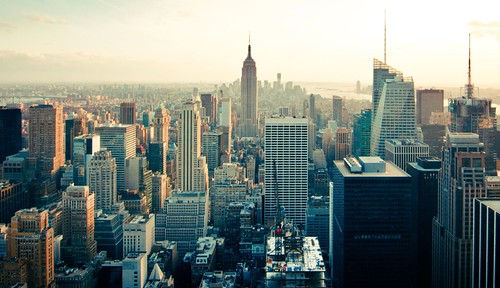 Most Canadian startups who spend time in the US do so in Silicon Valley, but an increasing number are turning to the Big Apple as they seek the next stage of their journey.

The driving force behind this movement is the Canadian Technology Accelerator, which operates a program in New York City. The CTA is a federal program run by the Canadian Trade Commissioner’s office. It selects up to eight startups at a time to spend four months in NYC, complete with office space and mentoring, as well as “support in accessing financial resources, engaging strategic partners, and refining business models for global market opportunities.”

“Since our company joined the Canadian Technology Accelerator Digital Tech program in January, our New York sales have been climbing steadily,” David Ciccarelli, cofounder of London, Ontario-born Voices.com, says. During our term with CTA Digital Tech, we closed more than 500 deals and generated over $250,000 of business in New York City.”

Ciccarelli says the CTA program “gave us the confidence to expand operations to our own New York by incorporating in the US with plans to fully open an office in the city shortly.” And Voices, a marketplace for voice talent, is now doubling sales each year, on track for $100 million in revenue by 2018, according to the CEO.

Voices isn’t necessarily a startup—it’s actually 10 years old. But it was effectively reborn as one about three years ago, when it still had a modest 30 employees and stagnant growth. The company has since tripled its headcount.

Manwhile, New York benefits from CTA’s program by fostering innovation inside its own tech space, a hub occasionally referred to as “Silicon Alley,” and one that generally is more focused on business-to-business products and services, contrasting the Valley’s consumer-centric vibe.