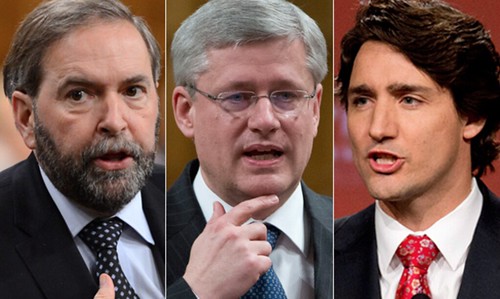 The Conservatives enjoy the most mentions on Twitter—but also the most negative backlash. And while Prime Minister Harper may have the most followers, his growth has stagnated compared to other party candidates.

These are some of the insights from IPG Mediabrands, which delved into Twitter data to get a better idea of how things are playing out in Canadian politics.

“Harper and the Conservatives take the lead on Twitter in terms of the number of followers and Twitter volume, but digging deeper into the data reveals the fact that many of the mentions are negative,” says Loraine Cordery, Insights Manager at IPG Mediabrands.

Justin Trudeau and Tom Mulcair have enjoyed the biggest percentage increase in adding new followers since the election call on August 4—experiencing growth rates of 11% and 25%, compared with Harper’s 6%.

“Peaks in Twitter conversations occurred during the debates, but volumes have dropped over time,” explained Cordery. “Perhaps this is one impact of the long campaign period as Canadians appear to have become less engaged. TV attack ads have also been prolific, which may also be turning people off.”

Two-thirds of TV spots this campaign period have been attack ads, mostly from the Conservatives.