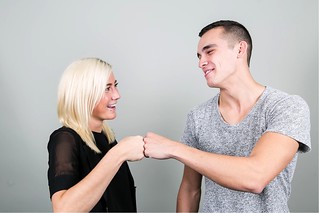 The Next Big Thing, an entrepreneur-led charitable foundation that empowers young founders to take on the world, today announced the 12 winning ventures chosen for its elite Vancouver-based Fellowship.

The 21 founders, aged 15-23, have joined TNBT from across the country to take part in a three-month program that aims to propel them from today’s startups-to-watch into tomorrow’s success stories.

“Some of the most innovative startups in the market today were created by founders in their teens or early twenties,” said Ryan Holmes, CEO of Hootsuite and TNBT co-founder.

This year’s cohort includes game-changers like 22-year-old Salima Visram, creator of a solar powered wearable tech backpack that’s already being deployed into Kenyan primary schools, and Miguel Kurdy, recognized by MacLean’s Magazine as a “Canada Future Leader,” and the founder of HelpHub, an educational platform with over 20,000 users.

The Vancouver Fellows will work out of the offices of Hootsuite on ventures that range from a carpooling app to a natural sweets company.

“We’re already seeing companies in our pipeline who are poised to compete on a global scale,” said Meredith Powell, co-founder of TNBT.

The winners were selected by a committee made of up notable leaders like John Ruffolo, CEO of Omers Ventures; Kari Lockhart, Partner and Technology Industry Lead at Deloitte Canada; and Michael Gokturk, CEO at Payfirma.

This is the second year of the Fellowship program, which was created by Holmes and Powell.