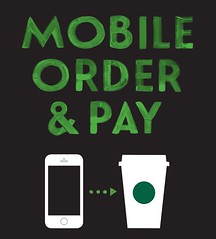 Starbucks Canada will soon allow customers to order their coffee in advance if actually entering a café.

The mobile payment app feature, which has been a hit in the US, will roll out to some stores in Toronto next week.

The rollout will start with 300 stores in the GTA, including Markham, Richmond Hill, and Thornhill. In 2016, Starbucks says additional Canadian cities will be added.

RELATED: The Marriage of Coffee and Tech

The feature allows customers to place and pay for an order from their phone, regardless of their location, and pick up their order in-store minutes later.

Starbucks has been leading mobile payments adoptions in North America for years. Today, nearly on in five transactions in a Starbucks is made via smartphone payment, the company says.