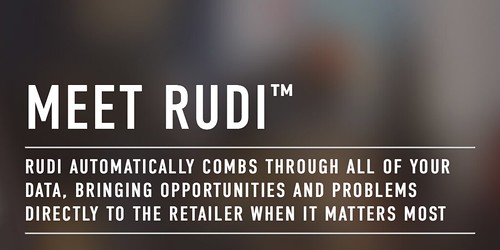 Called RUDI, it is a product layer that retailers use which delivers actionable recommendations. RUDI is used across the entire organization, the Canadian company says, from marketing directors to promotional planning teams, from e-commerce directors to executive members.

RUDI applies the Rubikloud models to customer data to automatically identify and push insights that are most important.

Liu believes the world is in the middle of a generational retail shift, “It has been a decade since someone has built a retail specific technology company,” says CEO CEO Kerry Liu. “There are a lot of buzzwords and false claims in this industry. The proof is in how much data you’ve processed and we are by far the leading startup in that arena.

Prior to founding Rubikloud, Liu was one of the early employees of Strangeloop Networks, which was acquired by Radware in 2013.

Since raising a series A, The Toronto startup, founded in 2013, has been quietly growing its team and working with some of the world’s largest retailers.