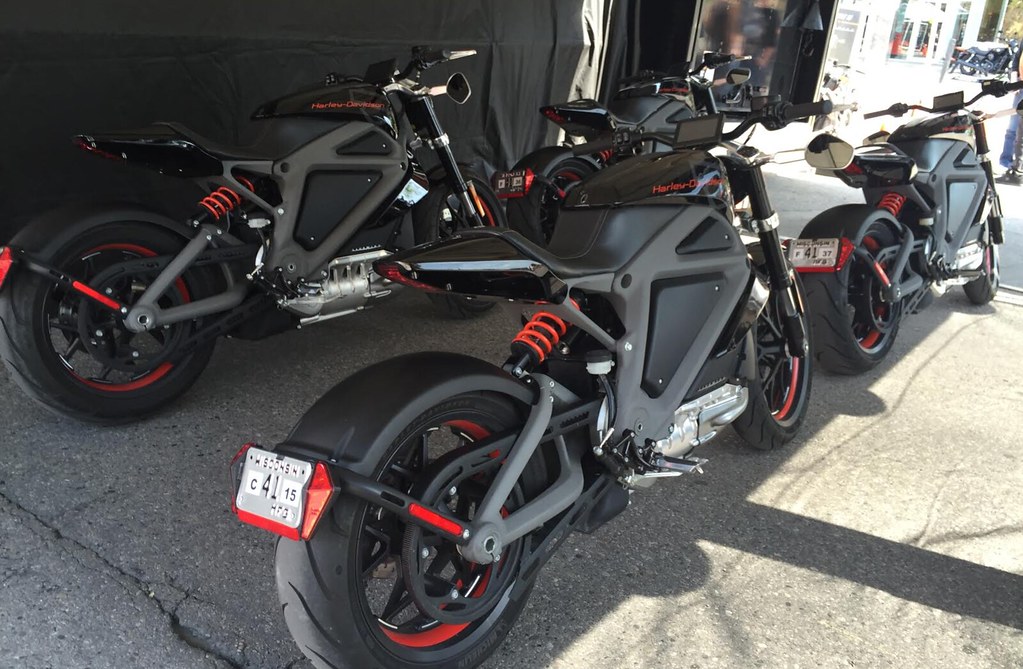 As car companies work on offering more electric options on their fleets, a familiar name is bringing EV technology to motorcycles.

Project LiveWire is all-electric, with an AC motor. It runs off of a 300-volt battery, which can be fully charged after eight hours of being plugged into standard 110-volt sockets in Canadian homes. The prototype currently has a range of 90 kilometres, with top speeds governed at around 145 kilometres per hour. It can also go 0-60 in four seconds.

“We’re giving them the experience that they’re used to on a product that may not be used to,” said Michael Weir, who came from the Harley-Davidson headquarters in Milwaukee for the weekend. Guests are able to test ride the Project LiveWire motorcycles on the Canadian tour. Those without motorcycle licences can also try Project LiveWire on Harley-Davidson’s JUMPSTART™ simulated ride.

Karen Mayberry of Deeley Harley-Davidson, the exclusive distributor of Harley-Davidson in Canada, was on the Project LiveWire Experience Tour in Langley, BC and in Calgary. The goal of the tour has been to receive feedback from the community to help shape future plans for an electric motorcycle offering from Harley-Davidson.

“I think it’s the surprise and delight of the immediacy of torque,” she said. “The electric vehicle technology is instantaneous, so acceleration and braking are very responsive. People are just amazed by the responsiveness of the bike.”

Attendees in Calgary were also curious about the electric vehicle and lithium ion technology used for Project LiveWire. The City of Calgary uses green energy such as wind and solar in many municipal developments.

The looks and design of Project LiveWire has also caught the eye of old and new fans of Harley-Davidson.

“The styling has been well-received by everybody from younger generations – customers and non-customers – all the way up to the older biker guys who have been with us for 50 years,” said Weir.