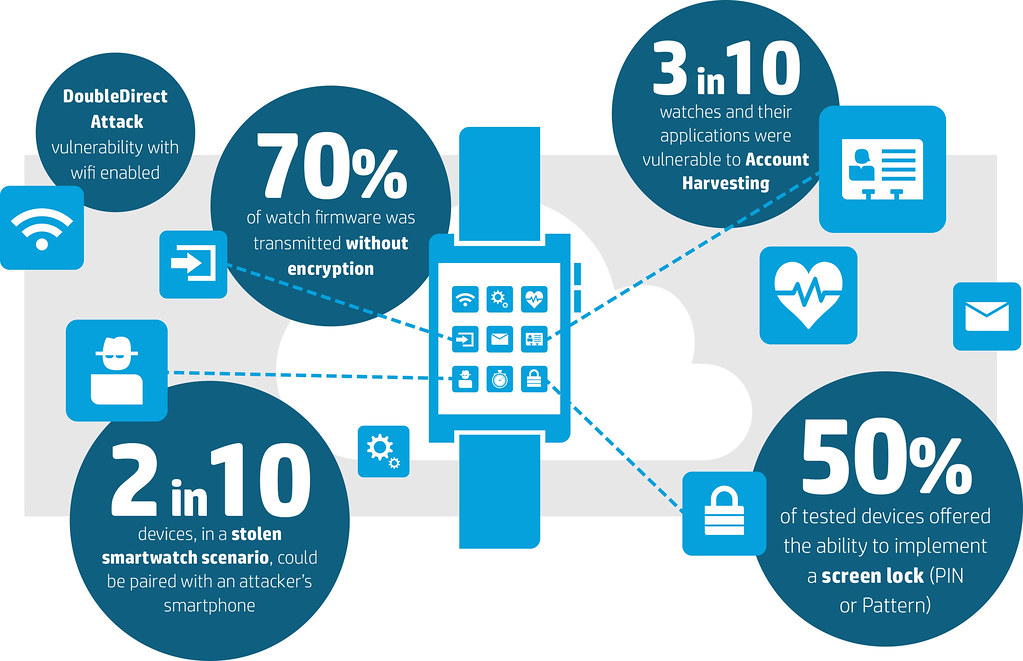 Now that Apple is on the scene, the global smartwatch market has quadrupled in size. Which has also quadrupled the number of people walking around with vulnerable devices.

The potential lack of security of a smartwatch versus a smartphone or computer has already been mentioned, but new data from HP Fortify reinforces this worry. In fact, it reveals a greater worry about the Internet of Things at large, of which smartwatches are just one small component.

HP’s study cites critical weaknesses, like insecure interfaces and insufficient authentication, as areas of concern for smartwatch owners and other participants of IoT—which, at this point, is almost anyone with a connected device.