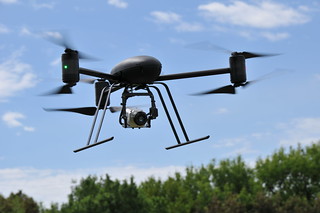 TRACE is the developer of The TRACEr1, a visually intelligent camera capable of following its owner almost anywhere and live-streaming captured footage to the internet. Draganfly is a commercial small Unmanned Aerial System (sUAS) specialist.

Founded in 1998 and located in Saskatoon, Draganfly is a commercial small Unmanned Aerial System (sUAS) specialist.

Draganfly has grown to be a globally recognized leader in commercial UAV development and production. It is the longest running manufacturer of multi-rotor helicopters in the world and the maker of the first civilian sUAS to be credited with saving a life.

TRACE Co-founder, Cameron Chell, said of the acquisition, “Draganfly Innovations is undoubtedly one of the most respected organizations in the commercial UAV space and we see huge scope for growth, not only within the company’s existing business, but through integrated applications of Draganfly UAVs with TRACE’s visual intelligence tracking technology. We’re incredibly excited to scale out Draganfly to service a wider market and put the expertise within our teams together to collaborate on some ground breaking and potentially life saving new products.”

The entire Draganfly development and engineering team, led by founder and President, Zenon Dragan, will remain in the current Saskatoon headquarters. Dragan will continue to lead Draganfly Innovations Inc. and will also join the TRACE executive team.