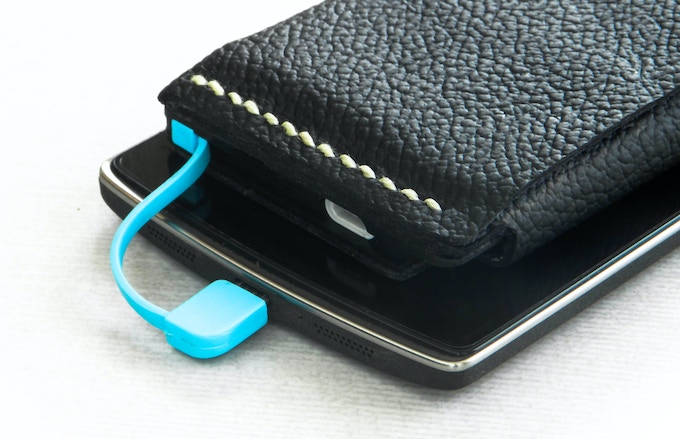 Maybe this is just a Montreal problem, but when you have a picnic or go camping, there’s always the dilemma – what will you drink the wine out of. You don’t want to swig it from the bottle because you’re a grownup but plastic glasses affect the taste of even the worst wines.

Regular wine glasses, on the the other hand, are fragile and probably won’t make the trip.

This project aims to solve that. It’s a wine glass where the top part – which is apparently called the bowl – separates from the stem, allowing it to be placed in a handy protective case. It’s also dishwasher safe.

The campaign is looking to raise $115,000 which is a pretty steep goal. With a little over two weeks to go, it’s at $7,433. A respectable amount, though pretty far from the goal.

A single glass costs backers $15. Though there’s just a limited supply at that price. Six go for $90.

Backpacks & Utility Bags made in Canada by YNOT

Backpacks are pretty trendy these days and that’s particularly true on crowdfunding sites. These ones look pretty cool – rugged and water resistant. They’re made in Canada and the company behind the campaign already has its products in stores in seven countries, including its own store in Toronto.

It’s not totally clear why they’re crowdfunding but this seems like a pretty straightforward pre-sale.

The wallet is compatible with both phones that use micro USB chargers as well and the iPhone 5 and 6. It’s also a fully functional leather wallet with room for up to 12 cards.

With early bird discounts already snatched up, the PowerFold Wallet goes for $48. The campaign has already blown past its $1,200 goal, raising over $4,000 with over two weeks to go.