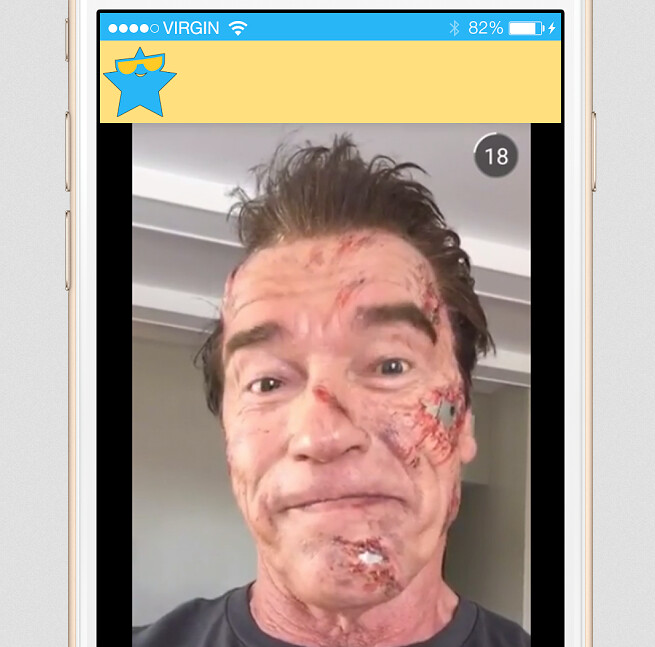 Editor’s Note: Story Star has changed its name to Peek.

Snapchat’s biggest appeal is the ability for the creative output of first-person mobile video and photo, but Jacob Catalano sees two problems. The first is that it is hard to find other people to follow, and the second is it becomes messy to follow many people on Snapchat.

Peek is a way to find and share content from Snapchat through an app that allows users to swipe through the Stories (a user’s compilation of Snapchat photos and videos) of popular Snapchat content creators.

The app has publicly launched on the App Store in Toronto, after being in private beta for one month.

“I love Snapchat and appreciate its ephemerality but I really wanted to be able to discover and search for the type of content that is being created on Snapchat,” says Catalano, co-founder and CEO of Peek.

In addition to scrolling through the stories of the Snapchat users featured on the app, users of Peek can filter through the categories of video they want to see, toggle through the Stories, and share videos to other platforms.

So far, the app features the individual stories of 75 Snapchat users separated into categories including celebrities, models, comedy, storytellers and content creators from Vine and YouTube.

The Peek team saves and uploads the individual stories to the app. Of the 75 creators on the app, 20 of them were included on Peek solely based on their number of followings on Snapchat.

“I immersed myself into the Snapchat community,” says Catalano, who searched for top Snapchat creators through other social media platforms as well as through SnapStars.net, a web-based initiative also started by Catalano. The site highlights dozens of top Snapchat users with a samples of their stories, and a description of the type of content they upload.

The site played a big role in deciding who to continue following for the app. From there, the team could find information on what types of Snapchat stories were most popular, and what type of content people wanted to see.

Some of these top Snapchat users have partnered up with Peek to promote the app before the launch.

“These creators want a way to show their content to more people, and they understand that Snapchat’s story feed can get messy,” he says.

The team, consisting of Catalano, Matt Saunders as the other co-founder and CTO, and Kemal Ahmed as engineer, have been working on the app for over two months. They expect 10,000 downloads on launch day.

“Our immediate goal is to amass 50,000 daily active users. After which we plan on enabling a few hundred creators to create content natively on our app, as opposed to uploading content that was initially created on Snapchat,” says Catalano.

With high expectations of being a large technology company, Catalano says the long term goal is to be the place where everyone uploads video that they shot from their smartphones.