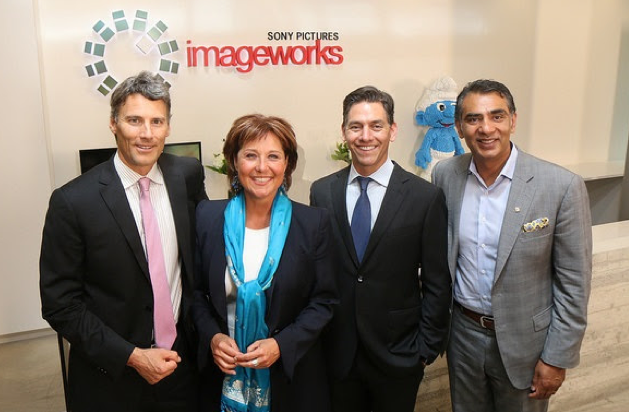 Sony Pictures Imageworks has opened a 74,000-square-foot in Vancouver.

The digital animation facility and world headquarters, located at the corner of Granville Street and Georgia in the downtown core, now makes the city the biggest hub in the world for visual effects, surpassing even Hollywood, according to mayor Gregor Robertson.

There are more than 5,000 digital animation workers in the Vancouver area, according to BC Premier Christy Clark.

Other major brands with offices in the region include Industrial Light & Magic, responsible for some of the upcoming Star Wars’ visual effects, and Image Engine, which was born in the city.