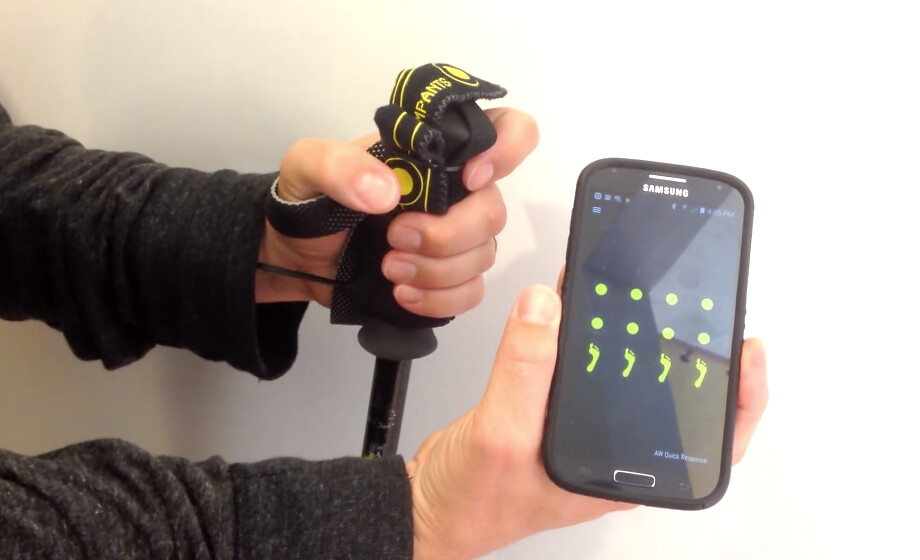 More than 500 people pledged a total of $74,000 to the original DrumPants on Kickstarter. On Indiegogo, the second version of DrumPants has so far raised $30,000.

Now the makers of DrumPants are giving a voice to people unable to speak.

TAPS—Trigger Activated Personal aSsistant—is a collection of wearable triggers that can be placed anywhere on a persons’ clothing or on a wheelchair. When paired to the user’s cell phone through Bluetooth, the user can TAP one of the various triggers to communicate customizable pre-programmed messages.

TAPS comes as a partnership between DrumPants and Peterborough resident Michael Zinn, who saw the crowdfunded startup on Shark Tank.

TAPS is market-ready, says Zinn, who is currently raising capital to go into production.

“TAPS can do more than say phrases; we are discovering that users find value in being able to use it to control lights in their home, answer the telephone or even take photos,” says Zinn.