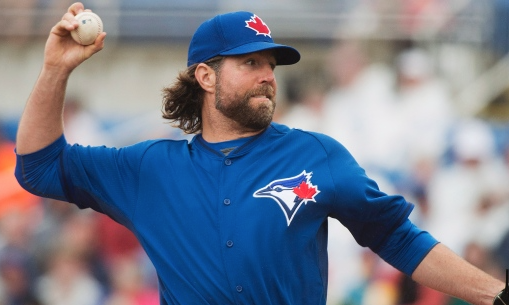 Even people who have never watched a baseball game in their life have heard of the infamous knuckleball, a notoriously unpredictable type of pitch that gives batters and catchers headaches.

A group of engineering students at the University of Toronto decided to attempt to demystify the knuckleball by having a machine launch the same pitch every time.

Theoretically, it’s possible by controlling absolutely all variables, including velocity and orientation of the ball—but in practice, the machine’s knuckleballs were imprecise, just like real baseball players’.

“The amount of control you need to throw the same knuckleball every time is unbelievable,” one of the students told the Toronto Star.

This is largely because a knuckleball hardly rotates at all, leaving its seams extremely susceptible to air flow—meaning even a scuff on the ball’s surface can alter its course from the previous throw.

Still, it’s a cool machine these students made, and it could make for a great practice tool on the field.