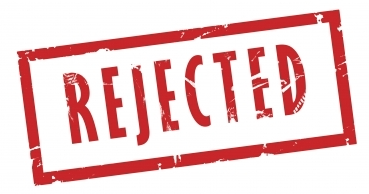 You have to admire their courage—after writhing in vicarious empathetic pain.

Ten speakers took the stage at the Venture This!: Rejected event on June 29 at the Hootsuite offices, part of a “live event series featuring real stories about life, love, and work experienced through tech-coloured glasses.”

Put on by Rain City Chronicles and Hootsuite Labs, the event featured speakers discussing their unique “entrepreneur’s journey,” experiencing rejection and developing resilience in the tech wastelands, and encountering the underside of entrepreneurship that you don’t hear about amid the noise of IPOs and acquisitions: the uncertainty, the unforeseeable circumstances, the unexpected snowballing, and the sometimes-messy intertwining of life, romance, and startups.

The event echoed the sentiment of James Altucher, the master of vulnerability storytelling, emphasizing that while there are a plethora of blogs and presentations that tell you how to create a successful business, very few explain what to do when you’ve sunk in the effort and it’s yielded nothing, or worse. As Altucher put it:

People always write me, “but how do you take that first step when you are lying on the floor.” They don’t add: in the fetal position, crying, drunk, poor, and so on. It’s assumed.

This series is here to put that in front of you, but with the softening effect of elapsed time and a dusting of humour to lessen the sting. The speakers are in the Vancouver community, with unique paths and narratives, but with the common experience of having to navigate events beyond their control or plans gone awry, all before the backdrop of tech, startups, and social media.

Without betraying the confidence of the speakers, as they only wanted to share their stories with the hundreds in attendance and the internet, here are a few of highlights that illustrate the content.  Imagine:

The above is only a whisper of the richness of the personal accounts at the Venture This! event.  With humour and honesty, the presentations provided relatable, cathartic, and cautionary stories of adversity, of external and internal origins, and coming out the other side alive.