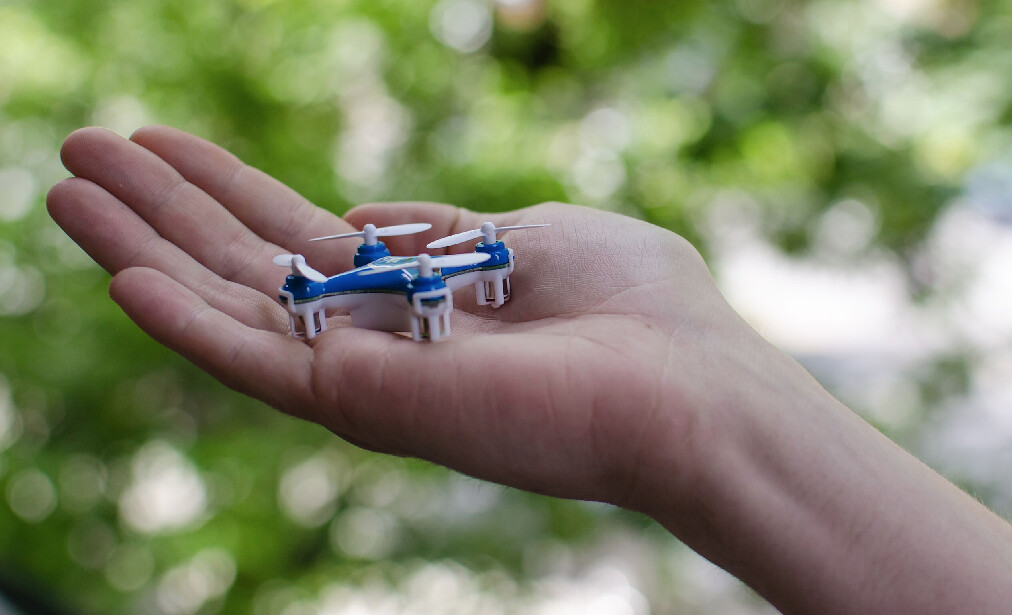 Jason Mainella says that if you ask a child about what they wish they could do, a lot of them will tell you they want to fly.

“I think that sticks with everybody,” he says.

Mainella is the co-founder of Teeny Drones, a Montreal-based company that sells a small quadcopter.

He thinks that widespread desire to fly, coupled with technological advances that have made remote-control aircraft more stable, is what’s driving the growing interest in drone technology.

And, with that growing interest, Mainella says he saw a business opportunity.

“The biggest problem in the market that we saw is that everybody’s buying these RC helicopters,” he says. “You crash them once, they blow up, they fall to pieces, people are disappointed.”

Mainella says he wanted to sell something that was fast, low-cost and wouldn’t break easily.

“We set out to build something a little higher quality,” Mainella says. “Where we really want to come above others is to create a drone that anyone can use and crash hundreds of times, literally, before it has any malfunctions. This is the type of drone where you can fly it into walls, you can fly it into cement, you could drop it from 80 feet in the air and the propellers don’t break, the casing doesn’t break.”

For Mainella, the passion for drones isn’t just about flying.

“I’m a gadget freak,” he says. “I’ve always loved to take things apart and put them back together. Drones are so interesting to me, especially the quadcopter, you’ve got four motors going on there, you’ve got the gyro system to calibrate.”

Mainella, who has a background in software development and has started other businesses in the past, says he has big plans for Teeny Drones.

He wants to start selling accessories for the current model as well as other drones.

“Our goal is to expand from the starter drone, to a medium drone, to a larger drone,” he says.

With the desire for quality, Mainella says it was easier to be “focusing on one as a start and making it as good as possible.”

While kids might dream of flying, Mainella’s dream is a little more realistic – a small drone integrated with a virtual reality headset.

“Everyone deserves to fly,” he says.