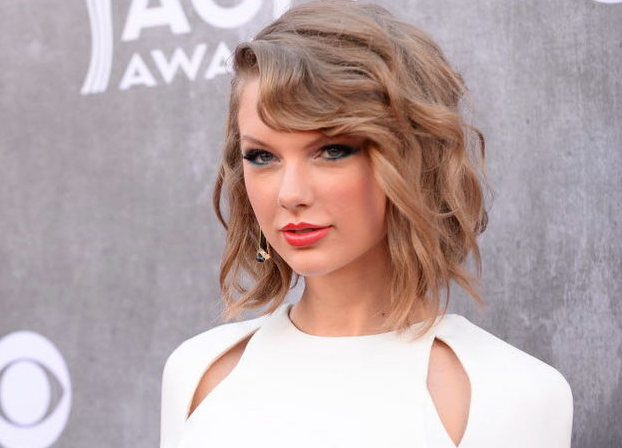 It’s 2015 and the internet exists and open letters on Tumblr wield salience over the world’s largest companies.

When Apple announced its new music streaming service, Apple Music, at WWDC earlier this month, it noted that artists would not be paid during customers’ three-month trial period. The world’s most valuable technology company has since reversed that decision.

Apple senior vice president Eddy Cue made the announcement on Twitter, tweeting “#AppleMusic will pay artist for streaming, even during customer’s free trial period.” The decision was influenced by global pop sensation Taylor Swift, who took to Tumblr to say she would not let her albums appear on Apple Music under these conditions, suggesting it would hurt indie artists.

How did one young woman sway the world’s most valuable company? Because if any single artists has influence in the world of digital music, it’s Swift.

The two big reasons: sales and followers. Swift is the top-selling artist by digital singles sales in the world, according to RIAA, as shown in this Globe and Mail chart. She also has 59 million Twitter followers—the fourth-most in the world—and 71 million Facebook fans. 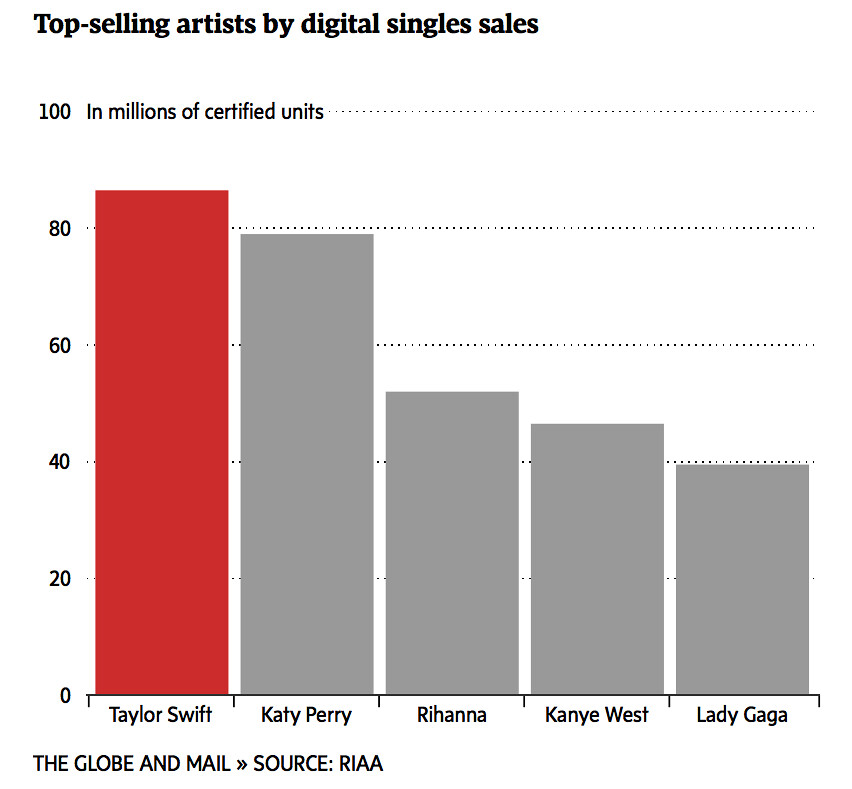 These avid followers, many of whom blindly agree with views she posts online, can become any company’s public relations nightmare overnight. Combine that with the value of being allowed to stream Swift’s wildly popular music catalog and you have the perfect storm: an artist to be taken very, very seriously by Apple Music.

Swift is smart—genius, even. Apple is too. Here, for once, everyone won.