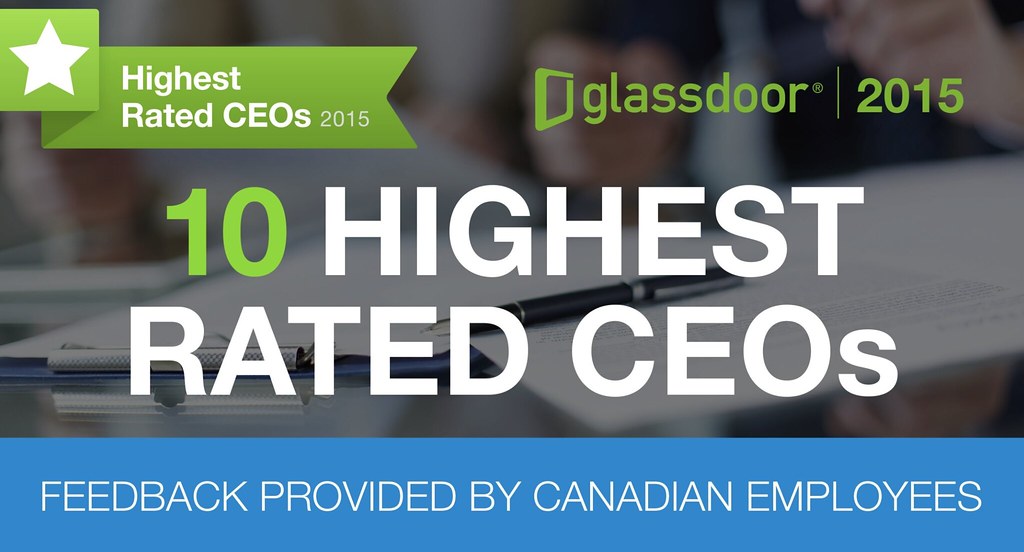 Glassdoor, a transparent jobs and recruiting marketplace, has announced the winners of its annual Employees’ Choice Awards for the Highest Rated CEOs for 2015, which includes its inaugural report for Canada.

The Employees’ Choice Awards are based solely on the input of employees who anonymously and voluntarily provide feedback via the Glassdoor company review survey.

The survey, open year-round to all employees, encourages feedback on whether they approve or disapprove of how their CEO is leading the company. 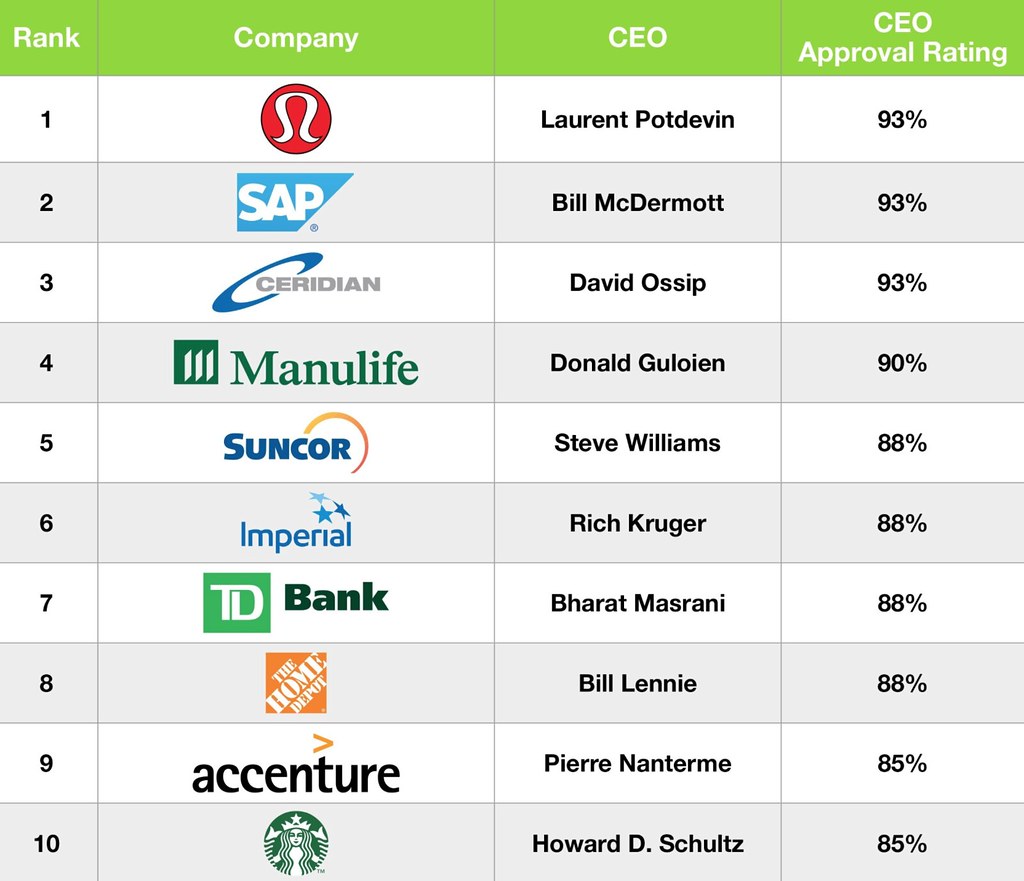 “Gaining the trust and approval of an entire workforce is one of the most difficult yet rewarding responsibilities for any leader,” said Robert Hohman, Glassdoor CEO and co-founder. “Winning a Glassdoor Employees’ Choice Award is a significant achievement for any CEO regardless of fame, fortune or company size.”

Glassdoor launched in 2008 and has raised approximately $160 million from Google Capital, Battery Ventures, Dragoneer Investment Group, and others.