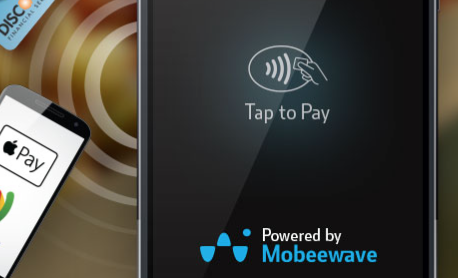 The way we pay at retail stores has changed pretty dramatically in recent years.

Credit and debit cards have eclipsed cash as the preferred form of payment, especially here in Canada, and even those technologies have seen changes, with embedded chips replacing magnetic strips.

While a few companies have introduced tools that allow merchants to accept card-based payments using phones and tablets, they’re all hardware accessories that requiring merchants to have an additional device.

There can be other limitations. Some of the most popular card-reading dongles can’t be used with Interac, the most-used form of payment in Canada.

But a Montreal-based startup is trying to change that and it’s already won over Visa, MasterCard, Interac and one the world’s largest phone makers. Mobeewave has developed technology that will allow merchants to accept credit and debit card payments on their phones – without the need for additional hardware – using contactless near field communication.

In mid-July, the company plans to launch a pilot project that will see 6,000 and 10,000 Mobeewave-ready smartphones released for merchants to start “accepting payment in the field,” de Nanclas says.

While Mobeewave’s solution is primarily software-based, specific hardware is required to use it.

The pilot project will be launched in conjunction with a smartphone maker and while de Nanclas wouldn’t say who Mobeewave is working with, he did say it was of the three largest phone makers in the world. While the need for new phones may slow adoption, de Nanclas doesn’t expect it to slow things dramatically, after all, the turnover rate for smartphones is one-and-a-half to two years, he says.

The pilot project will also see Mobeewave work with banks to help get its phones into the hands of merchants. It’s the strategy de Nanclas says the company plant to take – targeting banks and service providers rather than directly courting merchants.

“We’re not Square,” says de Nanclas. “Square could be a customer.”

Things are going well for Mobeewave, which raised $6.5 million in February but it’s been a long journey to reach this point.

The company spent over two years developing its technology, securing several patents in the process. Security was a major focus but there were also other technical challenges.

Some phone makers “have tried and failed” to do what Mobeewave has done, de Nanclas says.

“It takes a lot of different expertise,” he says. “You have to think differently.”

They also had to get industry giants on-board.

“In our space there are a lot of big players,” de Nanclas says. Winning over banks and the original equipment manufacturers that make parts for smartphones was the first step.

“When we see their eyes at the OEMs and the banks, we know its big,” he says.

Those partnerships helped get the big credit card companies to approve Mobeewave’s product.

There will be some limitations during the pilot project, right now, contactless payments can’t be used in Canada for purchases over $100. The next step will be to allow customers to enter their pin codes in the Mobeewave, app though that will come later.

With the launch approaching, Mobeewave is growing fast, de Nanclas says the company plans to double its headcount from 25 to 50 people by the end of the year and he’s currently on the hunt for talent.
“It’s tough but it’s fun,” de Nanclas says. “We know we have a game changer.”