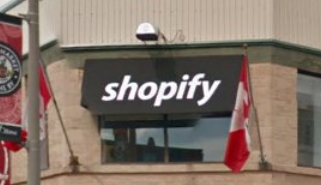 Shopify is a billion-dollar e-commerce company based out of Ottawa. Its head was recently named CEO of the Year. It’s been named Canada’s “smartest” company, among myriad other well-earned accolades.

1. The company originally was a store, not a platform.

Before Shopify was a platform for creating online stores, it was an online store itself. That was the original vision—when the company was created, it was never intended to be a platform for e-commerce. The site didn’t even initially plan to create its own software for the e-commerce side of things.

2. The company started off selling snowboards.

The first iteration of Shopify (before it was called that) was an online store that sold snowboards. A niche, digital retailer. With its own e-commerce software—which other online stores envied and started inquiring about.

4. The founder never planned on living in Ottawa.

Lütkehails from Germany. But he was visiting Whistler to snowboard when he met his future wife. Initially she stayed with him in Germany, but ultimately he moved to Ottawa, where she was from. So Shopify’s choice of headquarters had nothing to do with local talent or tax incentives—it was fueled by love.

5. The company’s founder was a born coder.

Tobias Lütke was given “the equivalent of a Commodore 64” at age 6, and by 11 he was rewriting codes to create his own games. He also modified the hardware of computers, too. In fact, he was so obsessed with doing these things his parents had him psychoanalyzed for abnormal behaviour. Turns out he was just smart and passionate.